Due to the widespread love of football around the world, the need for better and larger stadiums has always led to some iconic infrastructures, some of which have gone on to become the best stadiums in the world. The top 10 football stadiums in the world are listed here in case you don’t know where these stunning venues are.

The First National Bank Stadium, also referred to as Soccer City, was constructed in 1989 but underwent renovation in 2009 in time for South Africa’s 2010 World Cup.

Although it is the home of the South African club team Kaizer Chiefs, the stadium is best known for hosting the 2010 World Cup Final as well as the tournament’s first match and goal, which was scored by Siphiwe Tshabalala with a thunderous effort.

Even though the vuvuzela’s constant noise can be difficult to ignore, it shouldn’t detract from a fantastic football stadium.

The stadium, which had a mind-boggling capacity of 199,854, hosted the pivotal World Cup group-stage encounter between Brazil and Uruguay in 1950 (there was no final that year). Even though the hosts suffered a painful loss, the game will be remembered as one of the all-time greats.

The San Siro is a multi-use stadium that AC Milan and Internazionale, two football powerhouses and bitter rivals, call home. It is the largest and most well-known stadium in the nation.

The San Siro is one of the most renowned and respected stadiums in the world. Some of the greatest football players in history have graced its field, and it has hosted European Cup and Champions League finals. It has a capacity of 80,018 people and is built to give every spectator the best possible view from wherever they may be seated.

Anfield, the home of Liverpool, has a capacity of 45,276, which is by no means a large stadium, but the famous atmosphere there, known throughout the globe, elevates it to one of the top venues.

Anfield is always a joy for members of any visiting team, but it continues to inspire terror in any opposition. Anfield is home to the Reds, who have won five European Cup triumphs. Anfield will always remain a favorite among players and supporters, thanks to the iconic “This Is Anfield” sign hanging in the tunnel and the fervent home fans singing “You’ll Never Walk Alone.”

One of the most prosperous clubs in Europe is based in Santiago Bernabeu. Real Madrid’s position in the top tier of world football is assured thanks to their nine European championships, and there is no better place for them to play than at their home stadium.

The Santiago Bernabeu, which was initially constructed in 1947, has since undergone two renovations to better suit the goals of the Galacticos: once in 1982 and once in 2001. Numerous of the greatest players in the history of the game have called the stadium their home, including Ferenc Puskas, Zinedine Zidane, Ronaldo, and Cristiano Ronaldo. Gareth Bale, the most expensive player in the world, joined Real Madrid at the beginning of this season, reiterating the club’s status as a footballing behemoth.

The Santiago Bernabeu has always been a top choice when it comes to hosting football events and is likely to continue doing so for years to come despite being overshadowed by Camp Nou’s capacity.

The Estadio Azteca in Mexico City is well known for its enormous capacity (104,000) and electrifying atmosphere when full, but it will be remembered as the only stadium to hold two World Cup finals.

Sadly for England supporters, it is also where Diego Maradona scored his memorable “Hand of God” goal.

The stadium, the third-largest football stadium in the world, is without a doubt one of the best around, even though the vast majority of England fans may not have fond memories of the location.

One of the best football teams plays in Camp Nou, which has a capacity of 98,757 and is the biggest football stadium in Europe. Barcelona’s stadium is a significant component of all the club stands for, and its motto “Mes Que un club” (more than a club) is well-known throughout the footballing world.

Camp Nou formerly held more than 120,000 spectators for the 1982 World Cup finals, but it is now smaller due to revisions in the legislation governing standing in stadiums.

Tenants at Old Trafford are divisive. Either you adore them or you despise them. Whatever your perspective, though, there is no denying that “The Theatre of Dreams” is a genuinely stunning arena.

The Red Devils’ stadium, which was built in 1910 and was renovated in 2006, can accommodate over 75,000 spectators and is the biggest club stadium in England.

Sir Alex Ferguson, Manchester United’s former manager, recently left his position, ushering in a new era. But one thing is certain: Soccer fans from all over the world will continue to swarm to Old Trafford to experience the magic of the venue and cheer on one of the sport’s most successful teams.

Both football teams with Munich as their home city, Bayern Munich and 1860 Munich play at the exquisitely designed Allianz Arena. The only stadium in all of Europe that can switch between red and blue to represent Bayern and 1860 Munich, respectively, depending on which teams are playing.

Due to the fans’ proximity to the field, which was a problem at the Olympiastadion’s prior location because it had a jogging track around the field, the stadium has been a major hit with both groups of supporters.

The comparatively new Allianz Arena will undoubtedly establish itself as one of the top football stadiums in the world for years to come.

Without a doubt, the most recognizable football stadium in the world is Wembley Stadium. (90,000 capacity)

The location of the former 1923 Wembley Stadium was developed and reopened as the new Wembley in 2007. The new design has taken into account all that was excellent about the original stadium and has further enhanced its reputation as having one of the most electrifying atmospheres in all of football. Even though the fabled Twin Towers are no longer standing, the Wembley Arch has taken its place.

It has become routine for “The Home of Football” to host some of the most prestigious matches in European and international football. 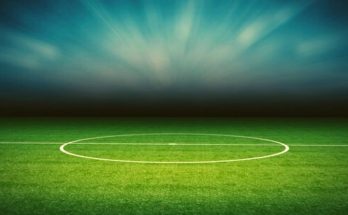 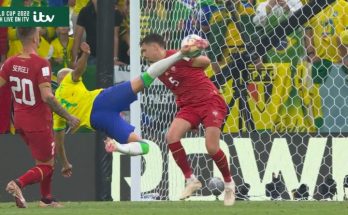 View all posts by kaleemullah →